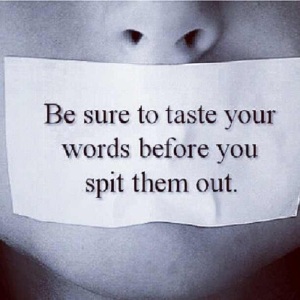 Have you ever found yourself singing along to the lyrics of a song and suddenly going, “Holy crap! Did he really say that?!”

Google the lyrics of some of your favorite songs and be prepared. My favorite song of the summer, Blurred Lines? I really wish I could unlearn those lyrics.

There’s something about chanting or singing that makes us lose sight of the meaning of the words we are saying.

Committee members were caught on camera leading hundreds frosh in a chant that was…how shall I put it nicely…just plain wrong.

“Y is for your sister. O is for oh-so-tight. U is for underage. N is for no consent. G is for grab that ass. SMU boys we like them young!”

Did anyone actually think about what they were saying? It seems like the siren of the song lulled the organizers into thinking that their words didn’t matter.

Now, imagine for a moment that the rhythm of the chant and energy of the crowd were removed. Only the words remained.

MOL: Cool! You know, us SMU guys, we like them young.

NF: What are you talking about, man? Are you saying something about my sister?

NF: Are you kidding me right now? Shut the hell up, man! Why are you talking about my sister like that?!

MOL: Don’t freak out, man. I just really like the fact that she’s underage, you know? I don’t even need to get her consent. I’m just going to grab her ass.”

I don’t think we need to stretch our imaginations to figure out how this scenario would end. The Orientation Guy would most likely be on the ground trying to find his teeth, while the frosh rushed home to get his sister into a nunnery.

Of course, a conversation with dialogue like this sounds ridiculous.

And yet, when it was sung in the middle of a football field, by hundreds of young people, it somehow seemed completely normal. Young men and women smiled and sang along.

The release of the video has caused an outpouring of outrage across North America.

Once again, adults are shocked and appalled by the behaviour of “young people today”!

OK. Thanks for that, Gramps.

But in the real world where I live, orientation committees play a valuable role in helping young people make that transition from home to independent living.

Orientation used to be about hazing and heavy drinking.  Enormous progress has been made in getting these things out of official orientation events. And I have faith that progress on eradicating this bizarre “rape culture” will be made as well.

All we can do is keep calling foul when we hear these things and help kids to understand why it’s wrong.

Some folks are saying that it’s unfair that SMU Student Association President, Jared Perry, was pressured to resign. He made a mistake. That’s all. And he apologized, so…

Seriously people. We are the town of Rehtaeh Parsons. For the past few months, our airwaves have been full of discussions about the importance of consent and the dangers of a so-called “rape culture”. How could anyone not know that this chant  was wrong?

I’m sure Mr. Perry did plenty of wonderful things during his term and I suspect he has a bright future ahead of him. No one is saying he’s the devil incarnate.

BUT, when you make a mistake, you have to own it. And owning it means accepting the consequences.

SMU needs to regains its reputation and rebuild the trust of its students, alumni and community. And they will.

This “scandal” will blow over and a new one will take its place.

5 thoughts on ““Gimme a Y! Gimme an O!” Seriously…Gimme some common sense.”

Be nice. Be green. Be kitschig.