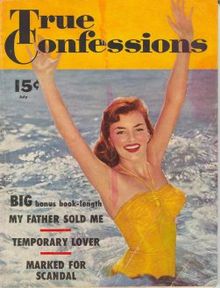 Growing up in the suburbs of New Brunswick in the late 70’s, it was pretty clear that only the rich families went to Florida on vacation.

Vacations with my family did not consist of getting on a plane and flying to…well, anywhere.

Instead, they involved an annual 14-hour drive (each way) to southern Ontario to visit the grandparents and assorted relatives.

My mother packed breakfast, lunch and supper and we drove straight through. My father white-knuckled it beside crazy-Quebec drivers, while my brother and I bounced around (sans seatbelts) in the back of the car. We would flip the seats down in the station wagon and lay out the sleeping bags, so we could read our comic books and punch each other until someone reached back and smacked at us from the front seat.

We never stopped at a hotel on the way for a night of fun and frivolity. Well, we might have once but I think it was because the car broke down and I don’t believe there was any frivolity.

Like I said, Disney was not part of my childhood. (Thanks a lot, Dad…you owe me for some serious therapy).

Fast-forward 20 years: my children are of that “Disney” age but still it’s not in the cards. For one thing, my boys were runners and climbers. Both had near-misses with cars around the age of 3 and I spent much of their early years just praying they wouldn’t die on my watch. Combine my fears of them running off into the Magic Kingdom and being kidnapped by Goofy with the fact that we had about 37 cents to rub together and once again, Disney was out of the picture.

It seemed as if I was destined to be a Disney virgin for life. 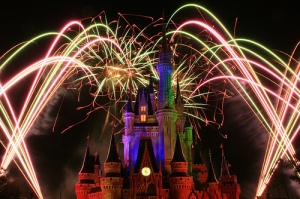 On a whim, my husband and I decided to take the plunge. We pulled the kids out of school and flew to the magical land of Mickey and Minnie. Granted, it wasn’t exactly the best time…my eldest graduates this year and 7 days out of school when you’re facing grade 12 exams probably wasn’t the smartest thing we could have done, but we were on a mission – we were Disney bound!

We left on a cool Canadian morning in May and arrived to steaming hot Orlando temperatures.

Our days were full.

I had bought tickets for 3 days in Disney, 2 days at Universal Studios, 1 day at SeaWorld, and 1 day at Wet and Wild. We left two days open for shopping and relaxing.

Let me tell you – those two days off?

My senses have never been so overloaded in my life.

Sights, sounds, smells – everything comes at you full speed at Disney (and by Disney, I mean all of the Orlando theme parks…they’re all Disney to me). You are on a thrill ride before you even set foot on a roller coaster.

I am grateful to have gone but I don’t know if I would go again. I think it’s something like childbirth. You would only do it again if you could forget what it was like the first time around.

All that said, since I am now an experienced veteran of all things Orlando, I will share my tips and observations with you. (You’re welcome.)

2 thoughts on “True Confession: I was a Disney virgin”

School Improvement...A Step at a Time